Roofline at the Heart of Maylands

Roofline are proud to announce that we have secured the specialist waterproofing package with Allenbuild for the Heart of Maylands project.

The new ‘Maylands Plaza’ scheme, which is being built on the site of a redundant call centre, will include other commercial units in a parade of shops, an attractive public square, and two modern blocks of one and two-bedroom apartments, which will provide 130 new homes with 77 for social rent and 53 as shared ownership to encourage people to stay within in the local area.

Roofline are due to install approximately 4000m² of single ply membranes across varying roof areas, and will be commencing in early August 2016 with the first residents set to move into their new affordable homes by the end of 2017.

“We are delighted to have secured the Heart of Maylands project and once again be involved in an initiative to improve local communities. We now look forward to starting work on site in August 2016.” 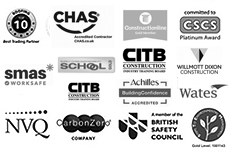 © 2022 Roofline. All rights reserved.
Connect with us: